On September 29, 2004 my wife and I drove from our home near Pasadena, California to see the attempt by Burt Rutan's Scaled Composites company to capture the X-Prize. The flight of White Knight and Space Ship One was their first flight with a pilot and the equivalent of two passengers to an altitude greater than 100 Kilometers. If they do it twice within a two week period, then they will win the X-Prize of $10,000,000US. They succeeded in this attempt and plan to try again on Monday, October 4, 2004.

We left our home at 2:30AM and drove to Mojave, California arriving about 4AM. We had breakfast at a restaurant, then drove the short distance to the MOJAVE Airport (KMHV). Since the earliest takeoff time was not until 6:30AM, we sat in the car (it was really cold). At 6:15AM, we walked over to the viewing area and waited until the chase planes and White Knight with Space Ship One under it taxied by and took off. It took about an hour for White Knight to climb to the release altitude of about 47,000 feet. We were able to see the airplane until it reached about 40,000 feet. When it dropped Space Ship One and the rocket motor was ignited, we saw the exhaust trail until that was shut down. We waited for about 15 minutes until all the aircraft were lower and following Space Ship One and followed them as they circled around the airport descending for landing. Space Ship One landed on Runway 30, the long runway. It has a skid for a nose wheel and would need to be towed off, so the others landed on one of the other runways.

Below are photos we took of the event. Hope you enjoy them. 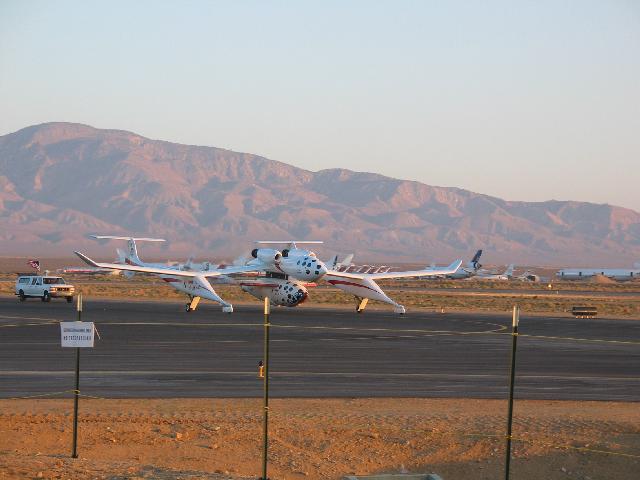 White Knight Mother Ship with Space Ship One under it taxing out for takeoff on Runway 30 at Mohave airport (KMHV). 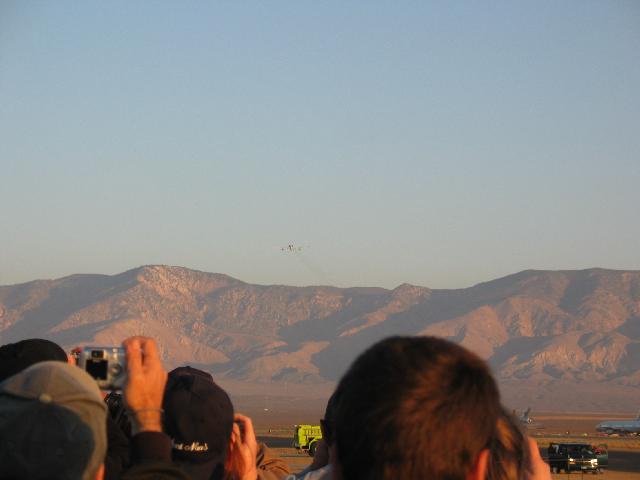 White Knight Mother Ship with Space Ship One under it climbing out after takeoff. 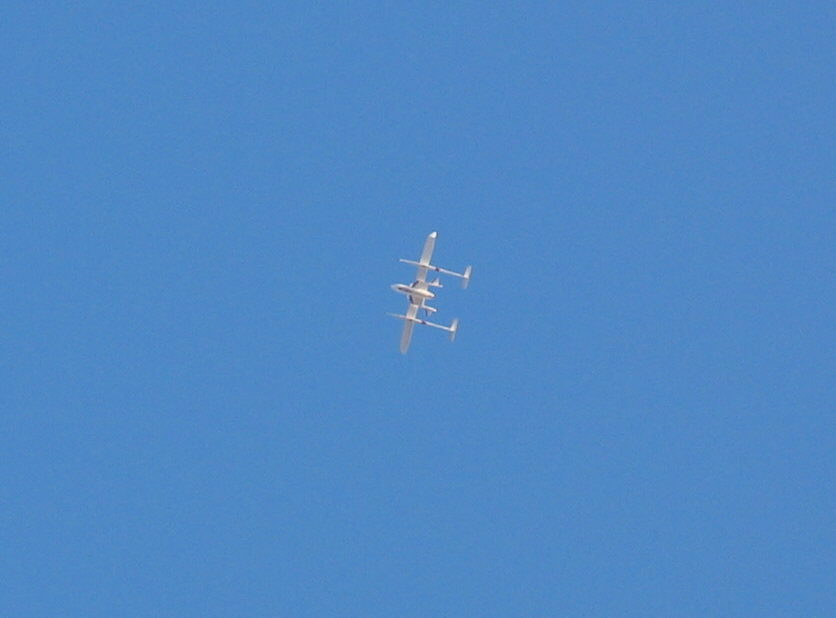 White Knight Mother Ship and Space Ship One climbing to about 47,000 feet.

Rocket Engines have been ignited! 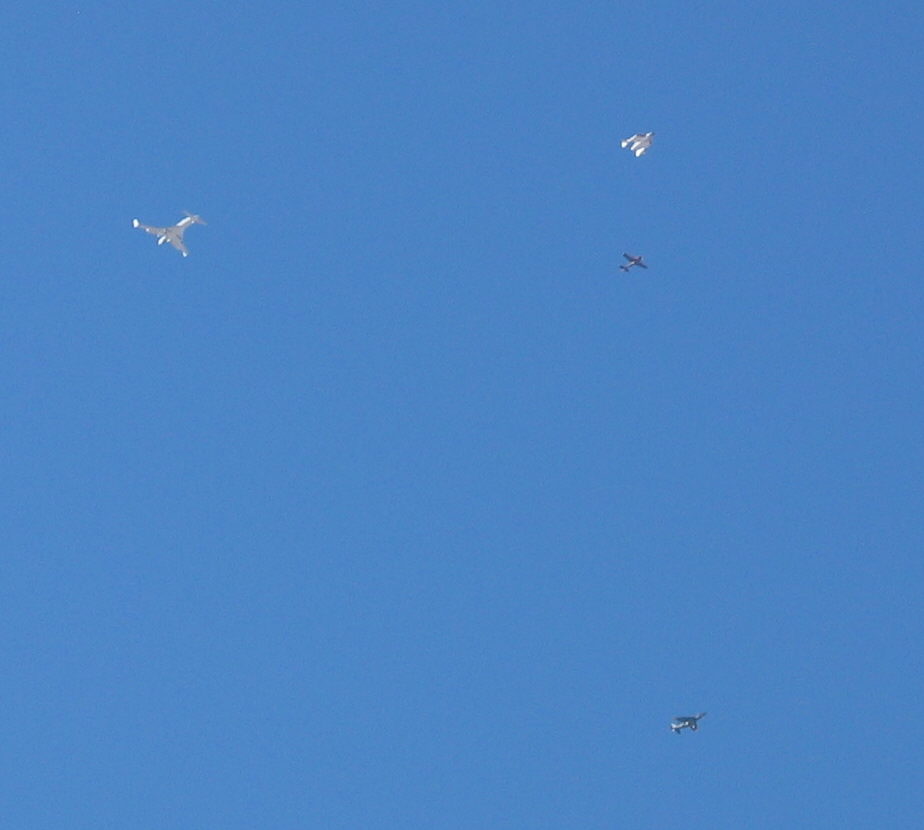 Space Ship One gliding back to Mojave Airport after a successful flight. Space Ship One is the small white craft at the top right of the photo.

Space Ship One on the last pass around the airport before landing on Runway 30. 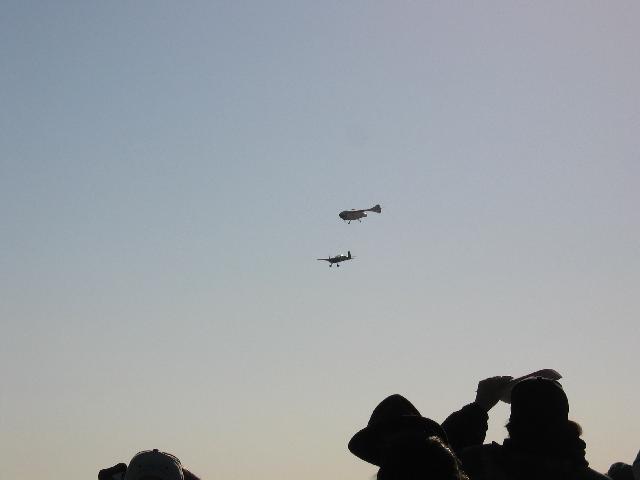 Space Ship One on short final.

To leave an e-mail message, contact me on e-mail below: